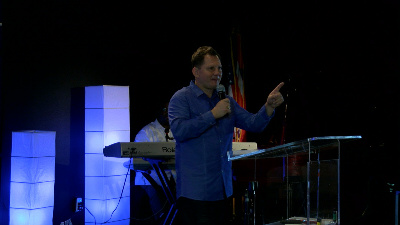 Sergie Atams had his first supernatural experience with the Holy Spirit in 1989 at the age of 21, which transformed his life completely. Before this encounter, Sergie had ordinary plans for his life, but God had something else in store for him! With no experience or even the slightest talent in public speaking, it was clear that God’s purpose for Sergie’s life was to be a humble servant of Jesus Christ by obeying God’s word to preach the gospel. In 1997 after visiting Kenneth Hagen’s campaign, he was cultivated by a new level of anointing operating during Hagen’s service’s. Sergie was touched by the power of God, and was inspired to get started right away. Since he obeyed God’s calling, the Holy Spirit began moving on a simple Monday evening service with supernatural manifestations. Healing of the sick, the casting out of demons, and relationships being restored were all thrilling events of the night, and lasted until midnight. But the shaking of the Holy Spirit didn’t stop there, the ushers had to carry people out to their cars and drive them home due to the strong and lingering presence of God. Sergie continued his ministry by following the path that was led by the Holy Spirit. Through dry times, Sergie stayed faithful in his personal relationship with Jesus, and continued to believe in his dream that God had planted in him years ago. After several years without a support team, or a ministry, Sergie was invited to lead a Sunday night Prayer meeting, which stirred up a revival in the small church. Young people were giving their lives to the Lord, and old people were repenting for past sins. These meetings were then renamed “Revival Services”. Sergie’s passion to follow the voice of God is the reason for his success in his ministry. 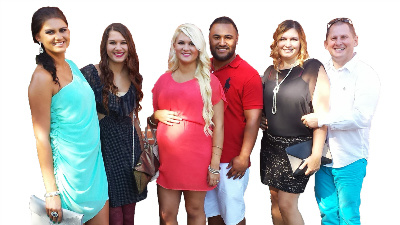 Sergie was born on May 3, 1968 in Moldova of The Soviet Union. He attended a traditional church that was close-minded to the modern move of God, Sergie felt led to leave that church behind and begin a new chapter in his life. He moved to Ukraine where he met his future wife Natasha Borodenko, that he fell in love with and then later married on August 18 1991. They started a church together, and had two daughters. When Natasha was pregnant with her third daughter, God spoke to Sergie to take a giant leap of faith, and move to the United States. While pastoring a church that was rapidly growing, this decision didn’t seem ideal and more-so impossible. Disregarding the negative thoughts and complicated circumstances, Sergie obeyed God’s voice once again, and furthered in his journey. The couple’s first miracle in the U.S. was their daughter who was born with a heart dysfunction, that could not have been fixed in Ukraine because of lack of education and tools in the medical field. Fortunately, she after months of recovery she grew to be a strong, active, and healthy baby. Sergie and Natasha now have three grandkids who keep them busy at home, and bring them so much joy.

Evangelist and revivalist, his passion is for miracle crusades, conferences, television broadcasts, and mission outreaches, impacting the world by preaching the glorious Gospel of Jesus Christ, teaching the unchanging Word of God, and expecting the mighty and miraculous power of the Holy Spirit.

Powered by WordPress and WordPress Theme created with Artisteer.